After Years of Delay, Toronto Gets Closer to Building Housing Now Rental Initiatives 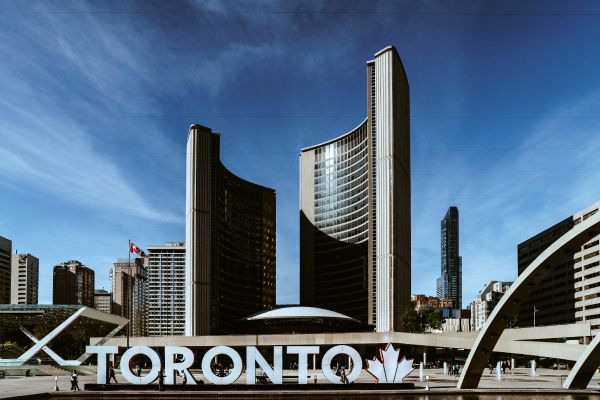 After Years of Delay, Toronto Gets Closer to Building Housing Now Rental Initiatives

Toronto City Council has taken some major strides to advance its goals for affordable housing, including expanding the third phase of its Housing Now program, created to bolster affordable rental housing on City-owned sites. Per a Council decision from 2021, Phase Three now includes sites at 2700 Eglinton Avenue West, 40 Bushby Drive, 4040 Lawrence Avenue East, and East Bayfront (also known as Block R6). The four additional sites are estimated to add between 1,150 and 1,400 new homes to the city, and between 450 and 600 units are slated to be affordable rentals.

In addition, developments at 50 Wilson Heights Boulevard, 140 Merton Street, and Bloor and Kipling are expected to break ground by summer 2023, according to reporting by the Toronto Star.

The same City Council Decision that greenlit the expansion of Housing Now saw the approval of six future sites for the initiative. According to a news release from the City, early approval of these pipeline sites “will allow the City to undertake early due diligence work on these sites and more quickly develop them in future phases of the Housing Now Initiative to deliver even more market and affordable homes.”

These are big moves for Housing Now. Since its launch in 2019, the program has seen no shortage of setbacks and delays. Midway through 2021, the first sites under the initiative were falling anywhere from nine months to two years behind schedule.

Meanwhile, demand for rental housing in Toronto is through the roof. As such, the original residential targets for Housing Now have been exceeded. An estimated 13,479 new homes are currently slated under the initiative, including 3,037 ownership homes and 10,142 purpose-built rental homes, 5,005 of which will be affordable.

To address the need for more housing and the mounting challenges of affordability, the City has also introduced a number of other programs and initiatives to support affordable housing development.

This includes the introduction of the Multi-Unit Residential Acquisition (MURA) Program. Through MURA, qualified non-profit and Indigenous housing groups will be able to access grant funding and Open Door Program incentives to assist in the purchase and renovation of existing market rental properties. The City has also expanded its definition of “affordable housing.” Under this modification, the definition will be tied to income rather than market rents, reducing rent limits for studio and one-, two-, and three-bedroom units. Finally, the City has announced the launch of a new Inclusionary Zoning (IZ) policy framework, which will require certain new developments in the city to include affordable housing units.

“These are the types of initiatives that we need to move forward with so that Toronto continues to grow as the vibrant and inclusive city that we call home,” said Mayor John Tory of the recent developments. “This is important action on the housing file that will translate very quickly to more shovels in the ground across the city. And those shovels will build thousands of new places for working young people and working families to call home.”