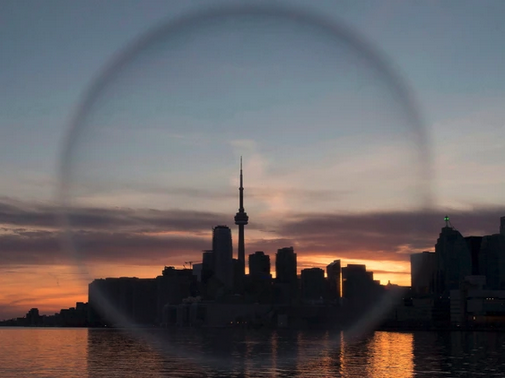 A report by a European bank recently named Toronto and Vancouver among the frothiest housing markets in the world, but before you get too alarmed, a deeper dive shows its messaging and conclusions are contradictory.

Indeed, Toronto is identified as the most prone to bubble risk, yet the report does not consider Toronto to be the most expensive of the 25 housing markets it covers.

Another metric used is the number of years an apartment must be rented out to pay off the mortgage. Again, Toronto is around the middle of the pack, with 26 years of rental income needed to own an apartment. But it would take much longer to own a flat in several other cities that did not make the bubble risk list.

The report sometimes suggests a lack of supply, or scarcity of housing, is responsible for rent and price inflation. But it also concludes the opposite is true in other places. The report mentions rents “have only risen hand in hand with local wages,” suggesting scarce housing is not the reason for rapid rent increases.

Rents, at least in Canada, were rising fast before COVID-19, but that was put on pause by short-term rent freezes during the pandemic. Since the second quarter, however, rents have risen considerably because of the extremely low vacancy rates.

The report further suggests the housing boom in Canada became “more of a countrywide phenomenon and is therefore hardly driven by a shortage of construction.” But this statement ignores that the population-adjusted rate of housing construction in Canada is nearly half what it was in the early 1970s.

Comparing housing markets across 25 cities is a daunting task. A fundamental limitation is the difference in the size and structure of housing markets. For instance, the Toronto Metropolitan Area is home to 6.3 million people, while less than 900,000 call Amsterdam home and even fewer live in Tel Aviv. Yet all these cities have been lumped together.

The report considers markets in Toronto and Vancouver to have been under- or fair-valued from the early 1990s to the great recession between 2007 and 2009. But those who tried to buy their first home during that period might not agree since they, too, struggled with housing affordability, leaving one to wonder if housing markets are ever affordable.

Despite the housing bubble alarms, the expected increase in urban populations implies that “property prices should rise significantly in the long run.” Hence, those who believe housing prices will continue to fall over the long run may have over-consumed this particular brand of bubble tea.

The report’s main message, hidden under the alarms about bubble risks, is that housing prices and sales will resume their upward trajectory. “A prolonged stagnation in nominal purchase prices … is not the most likely outcome,” the report concludes.

Murtaza Haider is a professor of real estate management and director of the Urban Analytics Institute at Toronto Metropolitan University. Stephen Moranis is a real estate industry veteran.