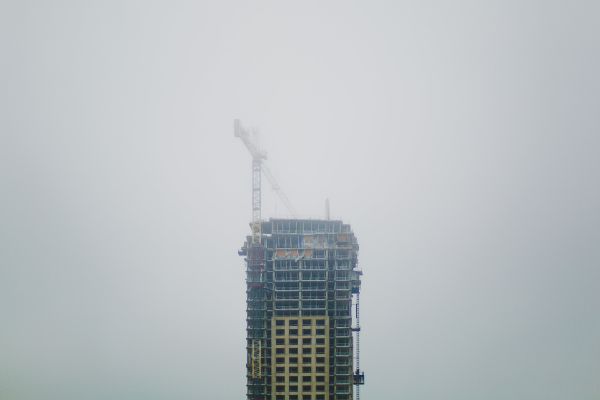 The already-tight rental market in Greater Toronto is set to get even tighter as the economics behind condo construction deteriorate and lead to project cancellations, according to a new report from CIBC Capital Markets.

“The significant and rapid increase in interest rates, along with surging construction costs and a lack of available labour make projects that only yesterday looked promising, totally uneconomical,” said Benjamin Tal, deputy chief economist at CIBC, in a note published Friday.

Tal cited data from market research firm Urbanation, which estimated roughly 10,000 condo units that were supposed to come online this year have instead been put on hold or will not be built.

Urbanation confirmed the numbers in an email to BNN Bloomberg. The firm’s president, Shaun Hildebrand, said 35,000 new condo units were expected to be available for presale in the Greater Toronto Area this year. However, only 20,000 units have launched year-to-date, and just 5,000 additional units are expected to come online for the rest of the year.

“The situation in the purpose-built space is even worse. We are in the midst of a project delay/cancellation wave, with developers choosing to sit on their hands, rather than engaging in a money-losing proposition,” Tal said.

“So when the fog clears, the units that were supposed to be built now will not be available — making a tight rental market even tighter. And that’s the opposite direction of where we should be heading.”

Recent data from Urbanation showed the Greater Toronto rental market has come back with a vengeance after a slowdown during pandemic lockdowns.

The average rental price in the region rose 5.9 per cent sequentially in the second quarter to a new high of $2,533 per month as demand once again outstripped supply growth.

Tal said not only Canadian attitudes towards renting must change, but incentives for developers should also be considered.

“A rental solution must be a big part of any housing affordability policy. We should develop a rental mentality in which you are 35 years old, you are married with two kids, and you are renting — nothing is wrong with you!” Tal added.

“Simply put, the propensity to rent must rise, and the market should realign to increase the supply of rental units.”