What Exodus? Toronto’s Downtown Population Grew 16% in the Last 5 Years 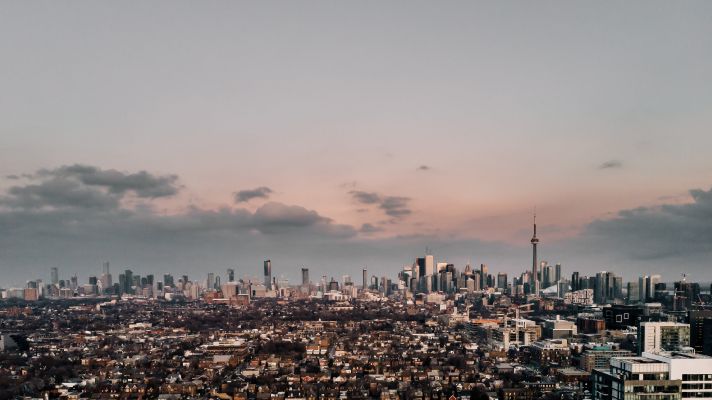 What Exodus? Toronto’s Downtown Population Grew 16% in the Last 5 Years

While it may come as a surprise to its residents, the population in downtown Toronto is growing rapidly.

According to just-released 2021 census data from Statistics Canada (StatsCan), the population in Toronto’s downtown core grew by 16.1% between 2016 and 2021.

If a pandemic-inspired drop in rent prices (14 months straight of declining rent prices, to be exact before, before they began to increase again in April 2021) and heightened rental vacancy rates in Toronto were any indication, one would assume this was the case.

But Downtown Toronto also gained a lot of new residents.

Notably, however, StatsCan points to the fact that the pandemic did contribute to some variations in data. From July 2020 to July 2021 — a timeframe that included prolonged lockdowns in Ontario –Toronto’s downtown population saw just a 0.4% rise due largely to lower immigration. This marked a slower pace than the 3.2% annual growth seen from 2016 through 2021.

While Toronto’s core continues to swell in population, it wasn’t the same story in other parts of the city over the past five years. Toronto neighbourhoods outside of the downtown core saw their population increase less than 2% on average. Notably, Toronto’s overall population only increased by a mere 2.3% during 2016 and 2021. Between 2011 and 2016, the population grew by a more significant 4.5%.

The population in the Toronto census metropolitan area — which includes most of the Greater Toronto Area (GTA) — surpassed 6M for the first time, sitting at 6,202,225 in spring 2021.  So, it’s safe to say the city is growing.

Meanwhile, Canada continues to urbanize from coast to coast. Among the 36,991,981 people living in the country in the spring of 2021, close to 27.3 million people — or nearly three in four Canadians — lived in one of Canada’s 41 large urban centres. Populations in Canada’s downtown cores grew 10.9% from 2016 to 2021, roughly twice the rate as the preceding five years. This growth in downtown cores generally outpaced that in cities, according to StatCan.

With the return of the physical office and widespread immigration in the wake of the pandemic, it’s safe to assume that the number of residents in the downtowns of Canada’s largest urban centres will only continue to grow. And with it, so will the relentless need for more housing supply.

The recent red-hot resurgence of Toronto’s downtown condo market tellingly reveals that demand for the core is definitely back. Perhaps it never left. And with the pre-construction market showing below historical levels of supply, any downturn or relief in the near future is unlikely.

Toronto’s extremely tight housing market — coupled with an unwavering demand that will only increase with more residents — has contributed to record-breaking home prices in the city. Now, Toronto’s composite MLS HPI benchmark has climbed to $1.26 million — a figure that has just outpaced that of Vancouver.

Photo By: Matthew Henry via Burst