From Speculation to Confirmation: Downtown’s Condo Market is Back 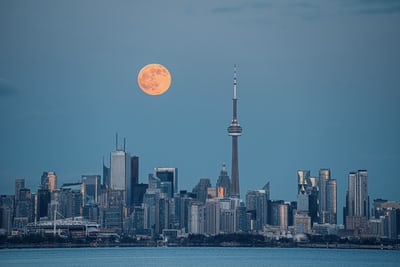 From Speculation to Confirmation: Downtown’s Condo Market is Back

It’s something anyone with even a minor interest in Toronto’s condo market knows: 2020 was not the sector’s year.

Sure, the turn of the decade started out strong — sales were up ~10% and ~25% year-over-year in January and February — but when COVID-19 hit the city, the inevitable followed. That inevitability being a major drop in sales activity as would-be downtown dwellers thought twice (or, perhaps more accurately, three or four times) about actually moving into the core.

Because, let’s face it. While ideally located and — in normal times — particularly coveted, downtown dwellings are known to be relatively small.

And during a time when everyone was anticipating (correctly, we might add) that they’d be spending an increasing amount of time indoors, many weren’t willing to commit to the condo lifestyle.

Representing those in-the-air changes with tangible data, the Toronto Regional Real Estate Board (TRREB) reported that April 2020 condo sales in the 416 region were down 69.9% year-over-year. May’s activity was nearly as poor, registering a 58% decrease from the same month in 2019.

Summer and early fall saw fluctuations in activity, ranging from ~-13% to ~+9% changes year-over-year, but no months crossed the 20% threshold that 2020 had started out on.

That is, until December hit.

“The condo market turned around, literally, in a span of six weeks,” said John Pasalis, President at Realosophy Realty, last month, when reflecting on how the end of 2020 saw a turnaround for the sector.

Indeed, closing out a year of little-to-no action for the condo market, December data showed a whopping 75.9% upswing in year-over-year activity.

Whether it was due to mortgage rates, vaccine implementation, or simply something in the water, ’twas clearly not just the holiday season in December, but condo recovery season, too.

While in early November, we cautioned downtown condo investors (and, really, anyone interested in jumping into the sector) that the time was not ideal to strike but, instead, to watch and wait, by January it seemed patience had already proven itself a virtue.

Industry insiders said then that they expected the trend would carry on in the months to come.

“My feeling is, [the surge in condominium sales is being] largely driven by demand from investors who are jumping in, not necessarily end-users or [people] buying a first-time condo,” Pasalis said at the time.

“It’s a combination of a lot of factors. Number one is that prices are down from their peak. They’re down about 10%, so investors see that as an opportunity. Mortgage rates are well below 2%, which also makes investing very attractive, and then the idea that the vaccine’s going to be rolled out… I think that makes investors feel more confident that this sluggish rental market is not going to extend too far out.”

It’s that last point — the one referencing the COVID-19 vaccine — that Ron Butler, founder of Butler Mortgage, noted as integral for the sector’s recovery.

“Nothing since the start of COVID in March of 2020 has effected the downtown Toronto condo market more than the recent announcement of a vaccine,” he said. “As if by magic, deep concern over falling rents and likely falling values vanished. The fact that there is now a definite timeline for the return to urban living means condo owners and condo investors can choose to wait until the market returns to normal.”

These insiders placed their proverbial bids on the sector’s creeping comeback with just December data — impressive as it may have been — to work from. But now, a new Market Watch report released by TRREB on Monday backs them up: nearly straight up, in fact.

According to the fresh insight, condos in the 416 saw 1,703 sales in January; that’s a marked 85.5% increase over the same month last year.

Now we have two strong months of sales back-to-back, served up alongside a triple threat of: lowering COVID case reports in Ontario, increased vaccinations and, (perhaps? Just maybe?) a growing sense of hope buzzing through the shared collective.

At this point, there’s no denying that the condo market is back in action.

But while the sector’s activity may be zooming full-speed ahead, prices haven’t caught up yet.

TRREB’s new report says, in fact, that last month’s condo prices showed an 8% decrease year-over-year, reaching $624,886. But it’s those prices hanging low — at least for now — that could actually bolster continued activity in the condo sphere, according to a recent report from RBC.

“Downtown condo prices still bucked the trend due to ample inventories in Canada’s largest cities—the downturn in the rental market has prompted many condo investors to sell,” RBC said, in reflection of 2020’s closing performance. “Active listings were up 159% in the GTA, and 172% in the 416 area alone. Yet it was condo sales that caught our attention. They surged 75% y/y (with similar advances in both the 416 and 905 areas), suggesting buyers were out in full force looking for bargains.”

More recent data from RBC echoes this prediction. Speaking to the recent surge in condo sales, the bank’s report states “renewed demand for condos was seen throughout the Greater Toronto region, including the core 416 area.” The document furthers the theory that “relative affordability may also be boosting condo’s appeal.” Like TRREB, RBC also notes the inventory situation is rapidly evolving, which could lead to an increase in prices later in 2021.

So it seems — finally —  what has long been “speculation” can now be called “observation,” as industry insiders and real estate civilians alike are no longer predicting how the could-be comeback of downtown’s condo scene might play out.

Instead, we’re living it.