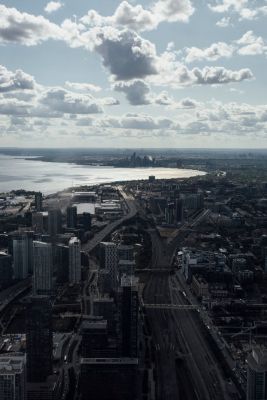 As housing supply continues to be a key issue for consumers and policymakers alike, Canada’s housing Crown Corporation has added a new report to its lineup, that takes a deep dive into the data around the new homes coming to market.

“The number of housing starts was high in several census metropolitan areas (CMAs) in 2021, compared to the average of recent years. Despite this, the types of structures built and the target market for the new units they contained varied from one area to another,’’ said Eric Bond and Francis Cortellino, Senior Specialists for housing market analysis with CMHC. “Exploring the different realities of these CMAs helps us better understand why some markets are more affordable than others.”

According to the Canada Mortgage and Housing Corporation’s inaugural Housing Supply Report, apartment housing is dominating construction in Canada’s three largest cities of Toronto, Vancouver and Montreal, due to their growing housing markets, as well as additional land and bylaw constraints that contribute to rising prices. Meanwhile, mid-sized cities such as Calgary, Edmonton, and Ottawa are producing a greater proportion of low-rise housing including single-semi-detached and row homes.

The report also took a look at the rates of purpose-built rental construction finding it is on the rise in Montreal and Vancouver, while remaining curiously low in Toronto; however, it notes that compared to other cities, the latter remains buttressed by investor-owned condominiums, rather than purpose-built supply.

There were 36,723 units of housing completed in Toronto last year, a 19% increase from 2020, which is about commensurate with the 20-year average of 35,336. There were 41,898 housing starts in Toronto in 2021, which was higher than the 38,158 20-year average. The majority of condo apartment starts were in the City of Toronto, while ground-related homes were mainly constructed outside of the urban core.

Toronto prevails in the construction of high-rise apartment buildings with hundreds of units (includes units for rent or for ownership). For many other CMAs, a multitude of buildings with fewer units and floors dominate the urban landscape.

The total number of units under construction in Toronto reached an all-time high of 86,163 units to close 2021, more than 85% of which were condo apartments in the City of Toronto and its downtown.

Vancouver’s Purpose-Built Rental Stock is Growing
Rental apartment development in the City of Vancouver was at an all-time high in 2021, with Surrey and Burnaby also seeing significant development. Condo development, on the other hand, was more prevalent in Burnaby. Naturally, rental construction is occurring around transit corridors.

Laneway units, which are constructed on single-family detached lots, have also become popular in the City of Vancouver over the past decade, as they add both diversity and additional rental supply to the overall housing stock. Laneway unit owners have also been offsetting the exorbitant cost of homeownership high with the rental income, CMHC noted.

Laneway homes comprised 13% of single-family detached housing starts in the region last year, which, along with other secondary units, comprised 2,236 units, representing a third of new rental units.

Montreal’s Rental Apartment Starts Soar
Canada’s second-largest city had nearly 20,000 rental apartment starts in 2021, the most in decades, which were located throughout the metropolitan region. They can be found in everything from larger buildings to plexes. CMHC says the geographic and building diversity of these rental units is not replicated across Canada, and as such, Montreal’s renters don’t usually have a hard time finding lodgings.

On the Island of Montreal, there were 8,400 rental units, comprising more than 40% of the region’s rental stock in 2021. A great portion is located in the downtown borough of Ville-Marie, as well as just south in the Sud-Ouest, which encompasses Griffintown.

However, there’s a scarcity of rental units in Montreal’s suburbs, with some areas reporting vacancy rates of 0-1%, which CMHC says undoubtedly catalyzed rental apartments starts on the North and South Shores—comprising 30% and 20%, respectively, of all the region’s total starts in 2021.

Written By: Neil Sharma
Photo By: Photo by Jp Valery from Burst