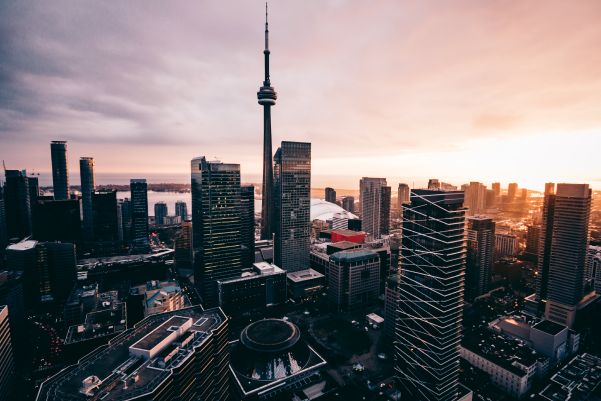 As interest rates soar, they’re not just eating into consumers’ affordability; it’s getting a whole lot pricier for those trying to build new housing, particularly the kind of affordable rental units that are sorely missing in today’s marketplace.

In fact, according to a recent research memo from CIBC, today’s higher-rate environment is likely to have implications for rental supply for years to come. Deputy Chief Economist of CIBC World Markets Benjamin Tal writes that the market is in the “midst of a project delay / cancellation wave” as developers are choosing to shelve builds rather than lose money.

“So when the fog clears, the units that were supposed to be built now will not be available — making a tight rental market even tighter. And that’s the opposite direction of where we should be heading,” he writes.

He also points to data CIBC obtained from research firm Urbanation which reveals that out of 30,000 GTA condo units that were slated for launch this year, at least 10,000 have been outright cancelled or put on hold, with the situation in the purpose-built rental segment even more dire.

The June data released this week from the Canadian Mortgage and Housing Corporation (CMHC) showed the number of new builds in Canada fell 3% from May at an annualized rate of 273,841 units.

Meanwhile, rental costs continue to rise; according to last month’s national rent report by Rentals.ca and Bullpen Research & Consulting, the average rent for all Canadian property types was up 9.5% to $1,885 in June compared to the same time last year.

Tal writes that stronger incentives and supports are needed from municipalities in order to ensure the delivery of today’s affordable rental won’t be impacted by a less-than-ideal cost environment.

“Expediting the approval process for purpose built projects can make a significant difference in the final decision. Municipalities can demand in return, increased inclusion ratios,” he says. “Other ways to promote purpose-built activity are to offer higher intensification rates for purpose-built developments, cut the HST charged on the development, and eliminate or reduce development charges.”

Construction Funding is Feeling the Squeeze

Unfortunately, it doesn’t appear such incentives will be coming down the pipe any time soon — and that’s being felt in all corners of the housing creation industry as funding dries up.

For example, many lenders in the alternative lending sector, which is a prominent backer for new builds, have scaled back both the loan-to-value they’re willing to pay for construction projects, and limited the markets they’ll invest in. Some have even suspended their construction loan product lines altogether as rates rise.

Another key area taking the hit are programs designed to encourage the creation of affordable housing, such as the federal government’s Rental Construction Financing Initiative. Part of the $72B National Housing Strategy, the RCFI was established with the goal of increasing new rental housing supply for middle class households through the creation of more than 71,000 new rental units, 38,000 of which have already been committed.

The Feds most recently announced in their budget that units created through the RCFI would have a goal of at least 40% of units providing rent equal to or lower than 80% of the average market rent in their local community. It does this by providing eligible developers with low cost funding during the “most risky phases” of product development of rental apartments. The minimum loan amount is $1M, up to a max of 100% of the loan to cost for the residential loan component.

Interest rates for these loans are based on a 30 – 50 basis-point spread on top of the 10-year Government of Canada bond. The issue is, that as the cost of floating rate debt has increased since March, so too have bond prices, as investors react to both deteriorating economic conditions and overall tighter monetary policy.

In a statement to STOREYS, the Office of Ahmed Hussen, the Minister of Housing and Diversity and Inclusion, says it is “always closely monitoring market trends and the impact of interest rates, as they directly impact the demand for funding and pressure on existing programs.”

“We know that increased interest rates and construction costs are adding significant pressures on housing providers, and that these challenges are making the construction of new housing and the repair of existing housing more expensive. This has directly impacted funding asks through the NHS and other funding programs offered through CMHC,” reads the statement.

They add that the CMHC does, on a case-by-case basis and “where possible under the parameters of the program applied for” extend “various program and underwriting flexibilities to help ensure applicants can continue to deliver much needed housing across Canada.”

But, that may be too little too late for projects that need shovels in the ground now.

One such project facing a scale-back of its rental offerings is a Scarborough development, which would bring a pair of nine-storey apartment buildings to a site formerly occupied by the Malvern Emmanuel United Church, offering a total of 317 subsidized units. As reported by the Toronto Star, the developer, Brenyon Way Charitable Foundation, is now facing skyrocketing interest costs and is considering removing one of the two buildings from the plans.

Abi Bond, Executive Director of Toronto’s Housing Secretariat, told STOREYS in a statement that despite these recent challenges, producing affordable housing remains very much a priority for the City.

“The City continues to monitor changes in the housing market in an effort to assess impacts on projects, whether supported through City programs or otherwise,” she writes.

“In general, market factors such as construction price escalations, supply chain issues, interest rate increases, and the recent labour strikes which impacted a large number of construction trades in Ontario over May and June, have made the delivery of infrastructure projects, including housing projects, more challenging. Despite these factors, the City continues to work with our non-profit and private sector partners to expedite the delivery of new affordable housing.”

Written By: Penelope Graham
Photo By: Mitul Shah from Burst