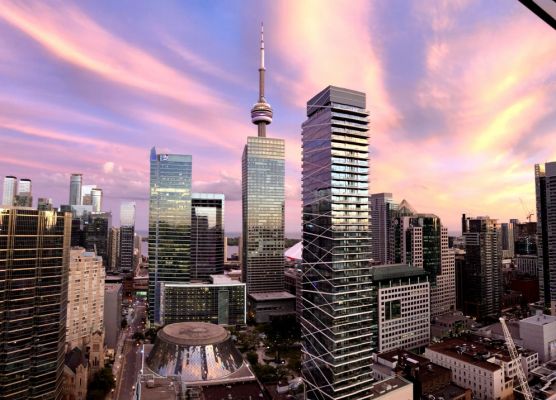 If you’ve been thinking about entering Toronto’s rental market, now might be the best time as asking rents are set to see more declines over the next few months.

Though, asking rents in Toronto are expected to rebound by 4% by the end of the year, according to a new report from Rentals.ca.

These changes come as Toronto has already experienced significant declines in average rents amid the pandemic, with one-bedroom rents falling nearly 22% annually to $1,811 in January, while 2-bedroom rents are down 18% to $2,403, according to Rental.ca’s recent national rent report.

“My expectation is that average rental rates will continue to decline for the first four to five months of the year,” said Ben Myers, president of Bullpen Research & Consulting. “But they will pick up in the second half of the year as vaccinations increase and COVID numbers decline.”

Myers says he believes the biggest issue in Toronto is the downtown condo market, “where tenants have less incentive to lease because offices are not open, and most of the major attractions and neighbourhood amenities are closed.”

However, this may change if there is a “major” decline in COVID case numbers, said Myers.

Jason Leonard, co-founder and president of Rentsync, echoed a similar tune to Myers, saying that he “does see renters coming back to primary markets such as Toronto once the border reopens, travel restrictions are lifted, and students come back to campuses.”

Leonard added that this will be especially true as rental rates continue to decrease in major markets. “This shift will reach a breaking point,” he says, “and interest in primary markets will once again reappear.”

In addition to the continued rollout of the vaccine, and the border inevitably opening up, there are other factors that will help to bring back the Toronto rental market.

Currently, the Toronto Census Metropolitan Area (CMA) has the highest share of adults living with their parents when compared to any other metro in Canada, according to Myers.

“At some point, the rent declines will be enough to entice them to jump into the market,” he says. “Tenants are going to try to time the bottom of the market, and that bottom may come as soon as March.”

As rents decline, vacancy rates have subsequently increased in the Greater Toronto Area (GTA) to reach a 14-year high of 3.4% in 2020, up from 1.5% in 2019, says Dana Senagama, senior specialist, Market Insights for CMHC.

“The economic fallout of the pandemic has impacted the GTA rental market,” she says “causing vacancy rates to reach record highs in 2020.”

This comes as inventory numbers in Toronto also went up in 2020, with 104% more one-bedroom units in Q4 compared to Q1, but only 41% more three-bedroom listings, according to the report.

Guy Tsror, data scientist for Local Logic, says in the cities surrounding Toronto, “demand for rental units of any size went up, suggesting renters want to live outside of the core city centre, now that they can work from home without commuting each day.”

While rents are down and vacancy rates are up, Tony Irwin, president and CEO of the Federation of Rental-housing Providers of Ontario (FRPO), says he sees this as “temporary” — which renters should find reassuring.

With all that considered, renters should keep in mind: what comes down, must go up — and that’s looking to be true for Toronto’s average asking rent prices, for now at least.